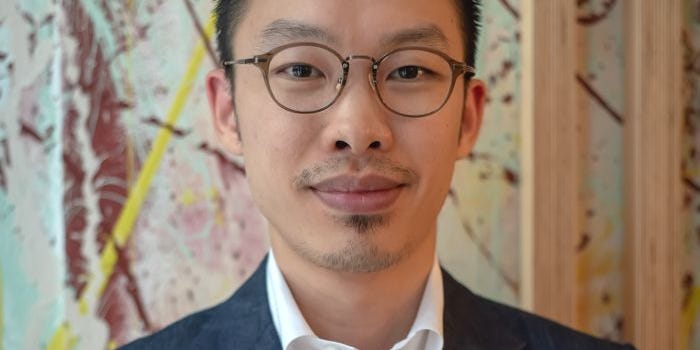 What it does: Blutag helps retailers build voice-powered interfaces for devices powered by automated assistants like Alexa or

Why it’s on the list: Voice commerce is a powerful way to make it easy for customers to keep reordering products. But building a voice interface that connects to a store isn’t easy, especially if it needs to work across platforms like Amazon Alexa or Google Assistant.

Blutag tries to simplify that process. Businesses can connect their online ecommerce platforms like Shopify or Magento so Blutag can grab their product catalog information, then choose the sort of experience they want to enable, such as creating the ability to buy things or to give product FAQs.

What it does: Digital advertisers use software called demand-side platforms (DSPs) to buy ads online. Many of these DSPs let advertisers incorporate custom-made algorithms to add more functions, like granular targeting. But for advertisers to bring a unique algorithm to a DSP, they first have to build it, which is what Chalice does.

Why it’s on the list: Chalice was formed in 2020 and was the first startup to receive investment from TD7, the venture capital arm launched in July by the publicly traded adtech company The Trade Desk. CEO Adam Heimlich declined to specify the size of this seed round.

What it does: Dorian lets creators build interactive stories and provides them with analytics to better monetize their content.

Why it’s on the list: Dorian is a new addition to the booming creator economy — and a potentially lucrative one. The company told TechCrunch that in tests of 50,000 players, writers were able to increase monetization by 70% after one or two iterations.

Li Jin of Atelier Ventures, who has no financial interest in the company, said that readers and followers will love the improved creative content, too.

“For fans, Dorian has thoughtfully constructed a new form of social content consumption,” she said.

What it does: Cofounded in 2015 by the actor Ed Norton, EDO’s technology measures if TV ads moved people closer toward a purchase by matching its database of where and when ads ran on TV with online activity like search. If there’s a surge in activity after an ad airs, it shows that the ad increased consumers’ intent to purchase.

Why it’s on the list: TV marketers can lack full visibility into the path consumers take from seeing an ad to purchasing a product. EDO gathers online data signals and aims to show marketers whether their ads are actually influencing peoples’ intent to buy products. Even as TV ad-measurement has focused more on delivering results like purchases, there aren’t a lot of companies analyzing what happens as customers move closer toward a purchase.

EDO’s subscription offering has grown 209% since 2018 and Q2 2021 is tracking toward 71% YoY growth, due to winning new accounts with technology and financial services companies, the company said.

What it does: InfoSum helps clients do data onboarding — transfering enterprise data from where it’s stored to a place where clients can extract insights. Without the right technologies, this is a tedious, time-consuming, and potentially error-prone process. The company also helps different organizations collaborate on data. Its clients include publishers like CNN and The Telegraph, agencies like Omnicom, and data services companies like Experian.

Why it’s on the list: Data onboarding isn’t new, but recent platform privacy tweaks and global privacy regulation are making it more complicated and controversial. Infosum’s methodologies around data onboarding and data collaboration — where different organizations can compare their data sets — are designed to keep data within the data owners’ control.

Instead of letting different data sets mingle in the same environment, it builds a virtual “bunker” on the data owner’s premises. The data owner can then determine who has access to what.

What it does: MParticle simplifies the normally tedious process of grabbing customer data from different sources, like mobile apps, in-store transactions, and connected devices like Rokus. Then it helps them connect that data to their advertising or marketing software.

Angel investor
Kevin Weatherman, who has invested in mParticle, said the 9-year-old company was one of the first out the gate with software that integrates into mobile apps. It’s expanded to bring in other sources of customer data, and it has tools to make sure the information coming in from all of those sources is actually usable to its clients.

Postmates
, and Chick-fil-A. “They’ve had tremendous retention as it relates to major publishers and brands,” said Cunningham of C2 Ventures, who doesn’t have a financial stake in the company.

MParticle CEO Michael Katz said the company had 178% new sales growth YoY in Q2 and is on track to IPO within the next two to three years.

What it does: Permutive is a data management platform that lets publishers divide their audience into segments that can be targeted by advertisers.

Why it’s on the list: DMPs aren’t new, but Permutive is among the new breed of DMPs. It works with clients like Leaf Group, Insider, and BuzzFeed. Unlike early-version DMPs, it wasn’t designed to build audiences using cookies, so it’s suited to a future where Google’s Chrome browser no longer supports tracking based on third-party cookies. The more browsers block cookie-based DMPs, the smaller the audiences that publishers can offer advertisers, which cuts into their ad revenue.

What it does: Piano helps publishers drive subscription revenue, target messaging to certain audiences, and analyze how readers are interacting with content. Its clients include Insider, CNBC, The Wall Street Journal, The Economist, and Gannett.

Why it’s on the list: The phase-out of third-party cookies means publishers need to retain control of their audience data more than ever. Piano helps publishers control their revenue streams so they’re less reliant on walled gardens like Google and Facebook.

Its platform is built for large publishers that have unique data and want to have a lot of rules around the distribution of their content, said Joshua Wepman of GCA Advisors, who has no investment in the company.

What it does: Built for Shopify stores, Postscript helps merchants keep in touch with their customers through text-message marketing to drive revenue.

Why it’s on the list: The company has grown aggressively in the past year, with Shopify stores sending hundreds of millions of text messages through its product and generating around $500 million in attributed revenue.

“Postscript takes a platform approach to expanding the surface area of what can be done with the SMS channel. It just recently launched ‘Postscript Pay,’ allowing consumers to purchase directly from SMS,” said Greylock Partners’ Mike Duboe, a Postscript board member and investor, referring to Short Message Service, a technical term for text messages.

What it does: Sanity is a content management system that enables teams to collaborate in real-time, using live multi-user editing and a track-changes feature.

Why it’s on the list: Sanity is already used by National Geographic, Figma, and Nike.

“Sanity goes beyond the traditional CMS and allows you to build modern digital experiences,” said Mitchell Green of Lead Edge Capital, who has no financial interest.

Josh Stein of Threshold Ventures, who is an investor, added that it’s “designed for delivering structured content to products and devices.”

What it does: Tinyclues helps marketers by digging into their first-party data sets to find new insights.

Why it’s on the list: Tinyclues “punches above their weight,” according to Forrester principal analyst Joe Stanhope, who is not an investor. It helps brands to improve the results of their campaigns, like predicting which offers people are most likely to respond to. It also connects with marketing automation technologies more easily than similar solutions.

What it does: TVision measures whether people actually paid attention to ads on TV. It is not affiliated with T-Mobile’s now-defunct TV service.

Why it’s on the list: TVision’s panel of about 5,000 households have opted in to have their eyes tracked as they watch TV. With this information, TVision can tell how and to what extent people are engaged with the ads they’re seeing. TVision also has analytics tools designed to let advertisers extrapolate ad engagement beyond its panel.

What it does: TvScientific tells marketers if their ads actually drove sales by determining if an individual who saw an ad actually bought the associated product.

Why it’s on the list: TvScientific launched earlier in 2021 to help performance marketers, who pay for advertising based on the results, measure the effectiveness of their connected-TV ads.

“They make buying and measuring CTV as easy as search or social,” said Eric Franchi of VC firm MathCapital, an investor.

Performance advertisers are being heavily courted by the big networks like NBCUniversal and ViacomCBS to run ads on CTV. But part of getting performance ad spend is proving that those ads actually drove sales, and TvScientific hopes to take advantage of that opportunity.